We asked Anne for a personal reflection on the evening following the sell-out event:

It was a perfect summer’s evening in the perfect setting – the oasis of greenery in the midst of urban London that is the Chelsea Physic Garden.

Michael Mosley was on top form talking about the themes of the evening – Food, Medicine and the Media.

He told us about his unusual route into the media having been a banker and trained as a doctor before entering television, and some of the braver things he has decided to do in the course of his television career including infesting himself with a tape worm in the interest of science. This took some negotiation with his wife!

He gave us interesting information about the effect on our bodies of certain foods – new research on which has fed in to his best selling books, plus some worrying trends in China and India as people acquire the diseases of affluence, such as diabetes.

As he explained about the global rise of non-communicable diseases like diabetes, with diabetes prevalence rising especially rapidly in middle- and low-income countries, it really highlighted the potential power of film, and how it can be such a valuable tool for training and health education programmes.

I’m convinced that films have a huge part to play in addressing public health challenges across the globe.

“”It was a pleasure to join Medical Aid Films to talk at their event; not only can film be an educational and entertaining medium to raise awareness of global health issues, but in a development setting training films can lead to life-saving care by empowering health workers and communities with vital knowledge and skills.”

Above all, as a supremely good communicator himself of health messages through the medium of television, the power of the moving image came through as a vital tool in informing and educating people on health and medical issues.

He made my job as an interviewer very easy and as a proud Patron of Medical Aid Films, it was wonderful for me to hear the important work of our charity endorsed in this way.

Former chair of BAFTA, the leading charity in the UK supporting, developing and promoting the art forms of the moving image, Anne was the second woman to chair the Academy in its 68 year history. Until 2014 she was Director of the BBC Academy, the BBC’s centre for training, which she launched in 2009. Anne brings deep experience in television production, working as a producer/director and rising to become Controller, Documentaries and Contemporary Factual at the BBC. She is also a Governor of University of the Arts London, a Board Member of London and Partners, and a Trustee of the Charleston Trust. 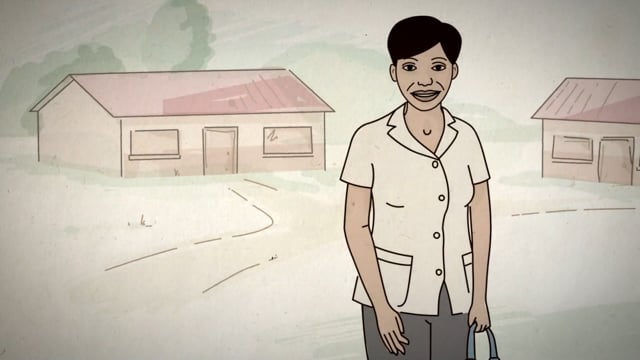